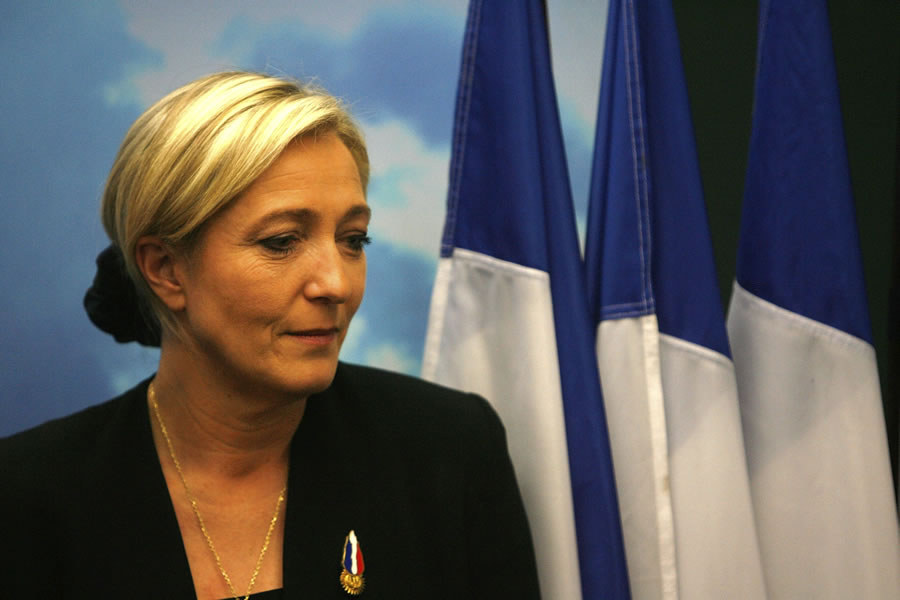 France has voted in the first round of its elections. The candidate with the best ideas, on paper, didn’t make it to the finals. Devout, pro-market François Fillon was the closest thing to a Ronald Reagan conservative to emerge in French politics for many years. His proposals would have helped that rigidly regulated, crony-dominated economy renew itself at last. He had sane ideas on immigration.

But personal scandals crippled him. Now voters must choose between two very imperfect candidates. That feels familiar, doesn’t it? Like the worst Never-Trump Republicans, Fillon has now endorsed the open-borders socialist Macron, to avert the “threat” posed by Marine Le Pen and her party.

In American terms, it’s as if Donald Trump and Hillary Clinton had just knocked out Marco Rubio and Bernie Sanders. Except things are far more desperate over there. France is much further gone down the path to national suicide. So it’s more desperately in need of a radical change. It’s less likely to take the medicine that could save it.

Sometimes a deeply flawed person leading a movement that’s morally mixed is the only hope of stopping something vastly more dangerous and evil.

Let’s get it out of the way right now: There’s a lot not to like about Marine Le Pen. Her father’s a quasi-fascist who doesn’t like Jews. Though she threw him out of the party he founded, some stalwarts with like views still linger. Her economic plans are more of the same: big government, slow growth, paternalism. She’s irreligious, and wants to keep the status quo on abortion. (With its laws made by a parliament, not courts, France is much more protective of unborn life than the U.S. But early abortions are legal, if much less common than in America.)

Great men aren’t always comprehensively “good” men. In a fallen world, we make the best choices we can. My dad’s old commander, Gen. George S. Patton, was a megalomaniac whose “prophetic dreams” told him that he was a reincarnated warrior from the past. Ulysses S. Grant was an anti-Semitic drunk. Abraham Lincoln was a quasi-Deist, who wanted to repatriate American blacks to Africa.

Sometimes it doesn’t matter. Sometimes a deeply flawed person leading a movement that’s morally mixed is the only hope of stopping something vastly more dangerous and evil.

Wait, I take that back. That isn’t true “sometimes.” It’s true almost all the time. Go back through history and analyze the characters of the men and women of destiny: those who understood what needed doing and had the guts or even shamelessness to do it. For instance:

The New Free French and the New Vichy Elites

The de Gaulle example rings truest. France is being occupied once again. Not just by “foreigners.” France has always welcomed, digested, and Frenchified its foreigners. No, it’s being occupied by militant, Jew-hating adherents of a totalitarian movement which Adolf Hitler admired: political Islam. Marine Le Pen has concrete, realistic plans to take back her country from Islam. These plans do not violate the natural law. In fact, they fit in with what the Catechism of the Catholic Church officially teaches on immigration.

Given the alternative, every Christian should support Marine Le Pen. When their dhimmi bishops or pastors denounce them, they should offer those pastors one-way tickets to Mosul, Iraq.

The casualties of terrorist attacks in France have climbed from the dozens into the hundreds. Large sections of French cities are off-limits to non-Muslims, just as surely as German officers’ barracks were off limits to Frenchmen in 1941. Jews are fleeing the country for safe havens abroad. Priests are being murdered at their altars. It’s all happening again.

And again, the French establishment, the comfortable men who have profited from the slow-motion conquest of their country, are rallying to the occupiers. They are smearing and denouncing the courageous souls who shame them. (Remember that the Vichy government sentenced de Gaulle to death, in absentia.) These collaborators are desperate not to see themselves exposed.

I Set Before You a Choice: Choose Life or Death

Expect the press and all the “respectable” figures in international politics to denounce Le Pen as dangerous. That’s to be expected, in an age when the pope can call safe holding facilities for Muslim refugees “concentration camps.”

But which is more dangerous: A moderate republican nationalism that insists on defending the country’s native culture and civil rights? Or a blasé multiculturalism that welcomes thousands of angry militants into a country whose citizens are disarmed? A faded post-Christianity that sentimentalizes real problems out of existence? A jaded, childless, future-forgetting secular cosmopolitanism that makes political decisions based on fashion and the fear of public shaming?

I pray that the French still have enough of a spine to reject the gray men who would sell their nation’s birthright for a falafel and a pat on the head.

Pray for France. Within our lifetimes, the whole of the West faces the same grim, fateful choice.

In his chilling, prophetic 1977 novel The Camp of the Saints, Jean Raspail tried to vaccinate readers against the moral disease that is multiculturalism: a post-Christian heresy that replaces the Church with “the global community” and the reign of Christ with omnipotent secular government. (Even the pope Raspail pictured in the novel was eerily prescient of Pope Francis.) Raspail predicted a mass invasion of France enabled by its elites — who would rather see their children or grandchildren actively persecuted than risk being shunned as “bigots.”

The much more recent novel, Submission, by Michel Houellebecq, diagnosed the soul of a modern Frenchman who lets himself be tempted into the role of collaborator with sharia. It’s not a pretty picture, and not an uplifting novel. But like the Book of Jeremiah, it tells the brutal truth.

Pray for France. Within our lifetimes, the whole of the West faces the same grim, fateful choice: Do we love life enough to pass it on and fight to live it in freedom? Or will we shrug and light a cigarette, consoled by the thought that we will be dead pretty soon, so why does it really matter?